The City of Vancouver recently released the new Grandview-Woodland Community Plan – a plan 4 years in the making that will have a big impact on the future livability of the Commercial Drive, Nanaimo and Hastings neighbourhoods.

For residents of the area, this plan means new development & more homes, upgrades to community facilities, upgrades to transportation networks, and improved parks. For anyone with real estate near Commercial Drive, Hastings or Nanaimo, you’ll want to take a good look at the plan as your lot may have been re-zoned for more density in the form of taller towers, townhouses, duplexes or infill housing. I’ve already seen a few lots hit the market that benefited from increased zoning and FSR, and expect more land assembly deals in the future to create better sites for townhouses and apartment buildings.

The full plan, including maps and graphics, is broken down into different neighbourhoods, so you can focus on changes to density and development within your own neighbourhood

This new community plan has been in the works for a number of years. City Planners began working on the plan years ago, but faced fierce criticism from residents of the area who thought the tall towers were too much for the small neighbourhood, which would ruin the authentic feel of “The Drive”. A revised plan was then developed with the help of a 48 person assembly of residents (owners and renters, young and old, and a variety of income levels). Together, they came up with 270 recommendations that were (mostly) incorporated into the plan.

The framework of the plan sets out changes to handle an increased population while improving city facilities and maintaining the history of the area. 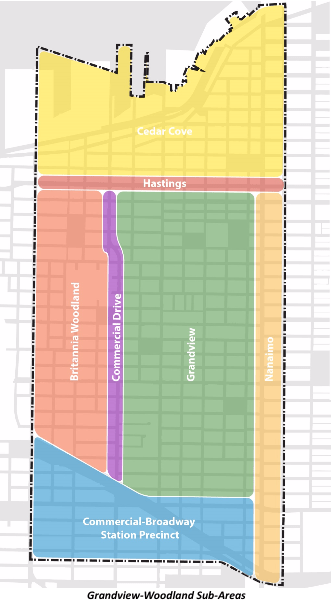 Some of the highlights of the plan include:

Don’t hesitate to contact us if you have any questions on how these zoning changes affect the value of your real estate in Grandview-Woodland. 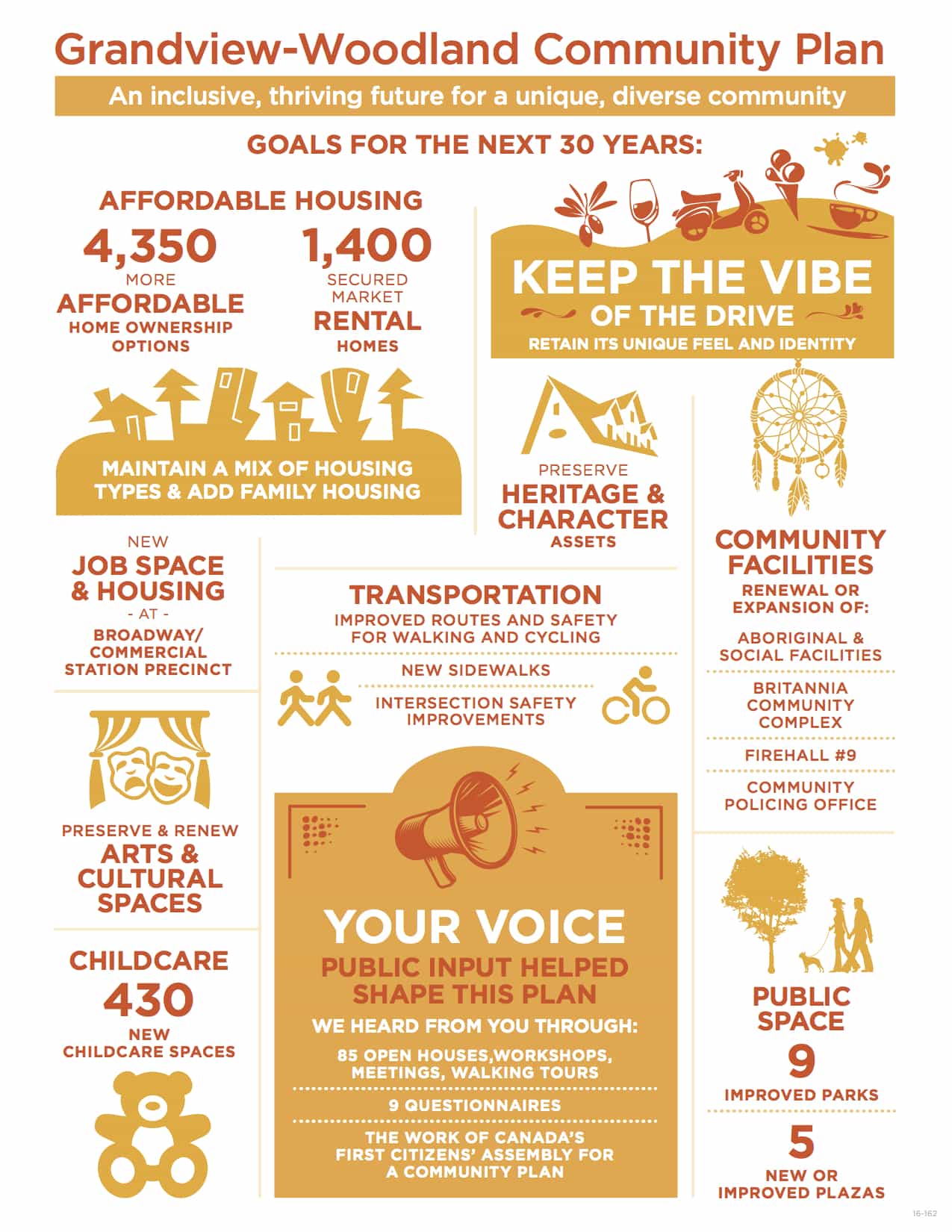 Find the best MLS™ Listings for Condos and Apartments for sale in East Vancouver.   Current ...