So Demo day usually means one thing.  A lot of mess…. I tried to keep things as tidy and organized as possible.

First on the agenda. Floors. I managed to take the carpets and underlay up in one go. This is due to two factors. 1 the carpet wasn’t 100 years old so it all came up in one piece. Often the underlay will disintegrate and cause a huge mess. Two when the building was built back in 1974 the finished the floor with a nice skim coat of concrete, This is done for various reason but mainly for sounds transfer and heat absorption.  This was another big plus as It meant I didn’t need to apply large amounts of self-leveling compound to get the floors nice and even. 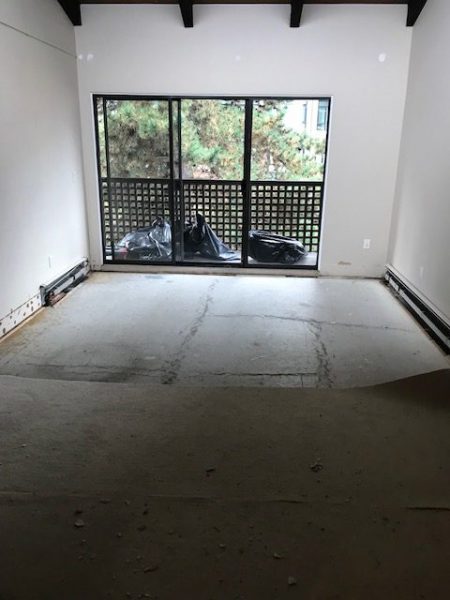 Above:  starting the carpet removal in the living room.

Below: me very excited to see the concrete skim coat beneath the carpeting. 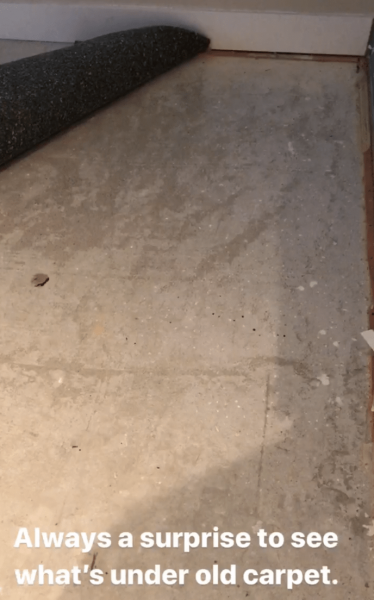 Not the most fun product to take up… especially when you find two layers if tile beneath. The previous owners had tiled over the existing tile when they did some small renovations.

This was the one time that having the skimmed concrete was an issue.  Trying to keep it all as level as possible was a tricky process.

Below:  Tile choice before vs after: 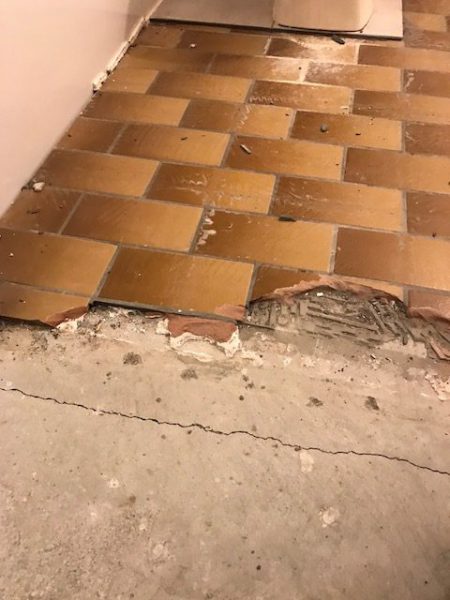 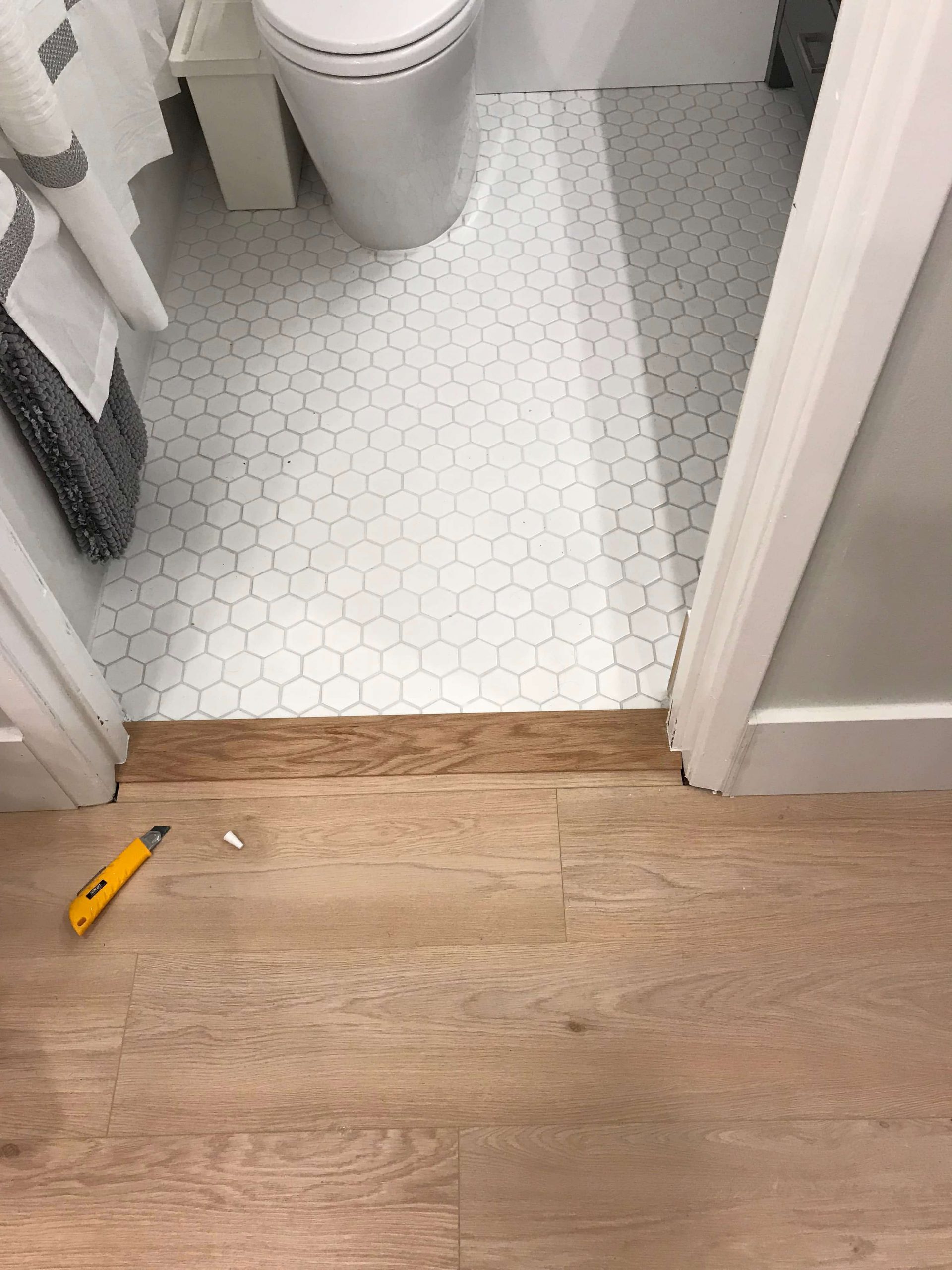 The original ceilings are standard un-stained cedar, Although beautiful they made the space feel dark.  We wanted a bright airy feeling space so decided to whitewash the cedar. This was done during the demo as it’s a messy and tedious job, one we wanted out of the way asap. 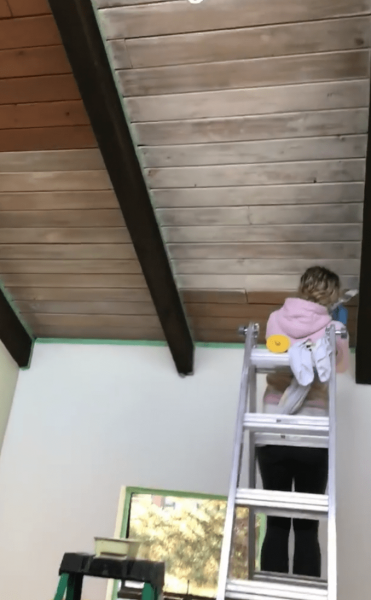 It made a massive difference… very happy with how it turned out:

The bathroom wasn’t a full gut.  The shower tiles and tub were kept as is (they were re-done only 2 years prior, so I felt like they just needed to be re-grouted and re-sealed.  We pulled out the old vanity and planned on re-doing it with a 60″ double vanity.

That wraps up the first 2 days of demo in the unit.

Scroll Down to see all current homes, townhomes and condos for sale in South Vancouver! South Van...

FAQ: Can you Add Laundry to a Condo?