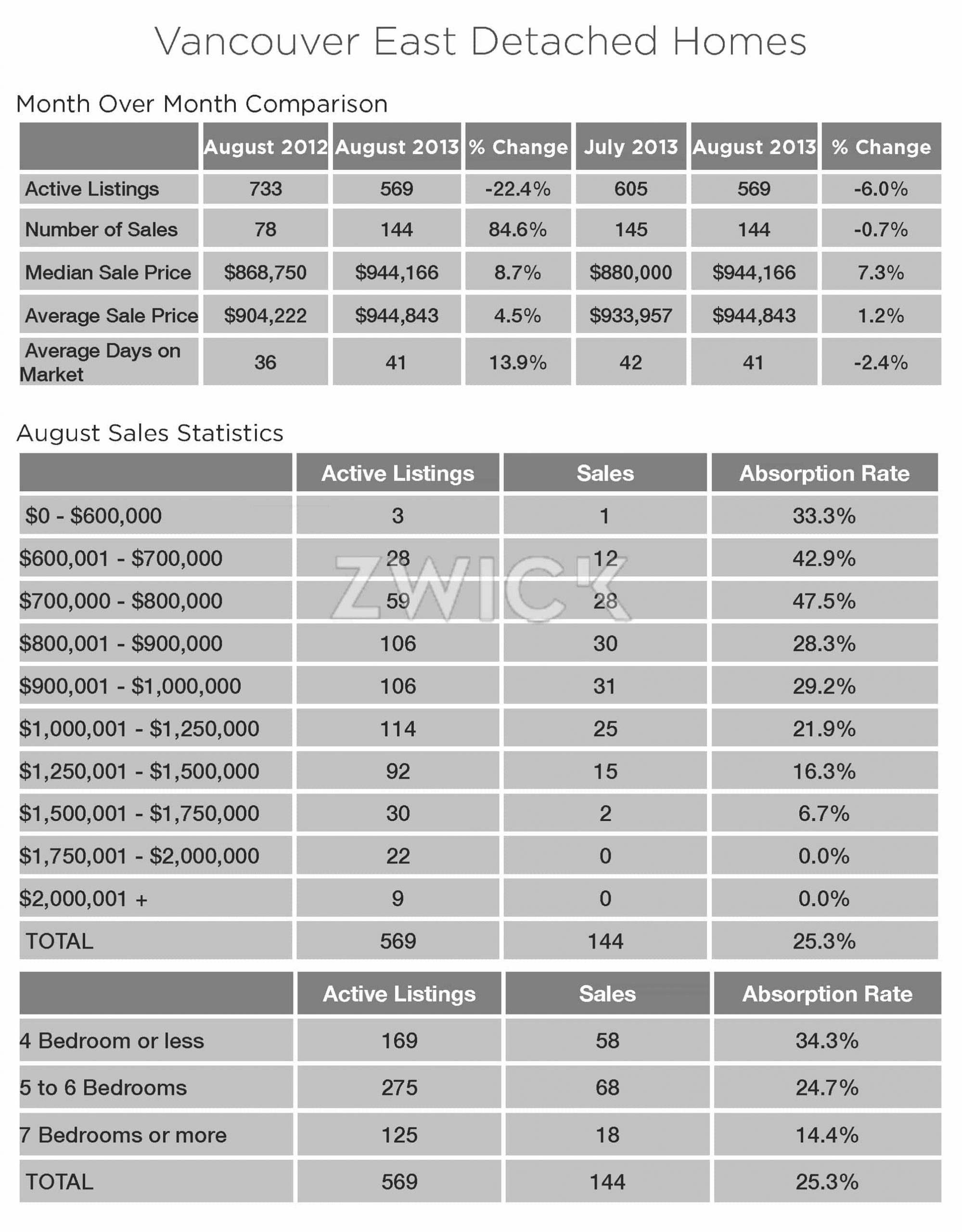 Vancouver East is a different story from Vancouver West. The average and median price sit at $944k with a 25% absorption rate overall. The hottest price brackets remain $700-900k where I’d guess people are either trying to get into the market at a lower price point, or investors are buying “lot value only” properties (to build a new house or duplex), which list for less than a livable house would. There’s still quite a big difference between the neighbourhoods in Vancouver East – those houses along the Main St corridor and in Cedar Cottage are still in much more demand than those closer to the Burnaby Border (i.e. in Renfrew).

The most expensive house sale in East Van last month was a LARGE 4000+ sqft home just east of the Trans Canada in North East Van (Hastings East). Sitting on a 6000 sqft lot, this home was built in 2012 and offered panoramic views of the Mountains, high end features and a two bedroom legal suite. It was listed for $1.699-million and sold in 1 day for $1.6-million.

The least expensive house sale in East Van last month was east of Fraser and South of Kingsway. In actuality, it is a fully detached townhouse with 1200 sqft (200 of which is unfinished). Built in 2010, the home has 2 bedrooms up and 1 bedroom on the lower level with modern features throughout. The home is sitting in the highly desired Charles Dickens school catchment. It was listed for $549,900 and sold 4 days later for $545,000.

View all Vancouver Specials for sale 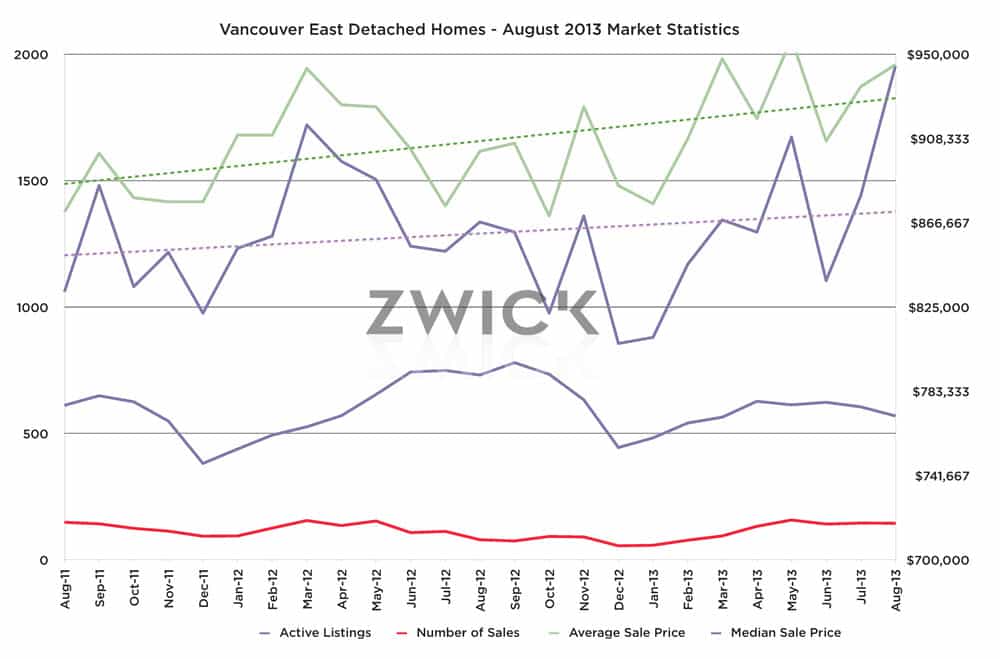 Flipping through new listings in East Van, I noticed this modern condo that has been recently upd...

Gorgeous Half Duplex in Mount Pleasant for Sale