Since my last post, we made a few changes that may not be super conventional, but we don’t care. In order to have enough storage room in the kitchen, we had to enclose the wall between the master bathroom and the kitchen, to accommodate a pantry. So by doing this, we moved the master bedroom entrance to just off the kitchen. Many people might think that this is a bit weird, but I really don’t see the big deal. It actually gives the master it’s own little living space away from the rest of the bedrooms and living room. The other thing that we made a decision on, was to remove the wall between bedroom 2 and the dining area. We’ve left it in the plan for now because we’re not totally sure if there is a supporting beam in there or not. I’ll write about what we plan on doing for the kitchen and bathrooms next week.

On another note, there seems to be a lot of new and reno projects going on in Mount Pleasant right now, so it will great to see how they all turn out come Spring. Also, 3333 Main Street is starting on floor number one, so I hope that they get as much of the forming done before we move in around March. We’ve just lived across from a construction site near The Olympic Village for the past year, and I’m pretty sick of being surrounded by noise all day. On the other hand, that project should bring with it some great amenities to the neighbourhood, with all of the new commercial space. 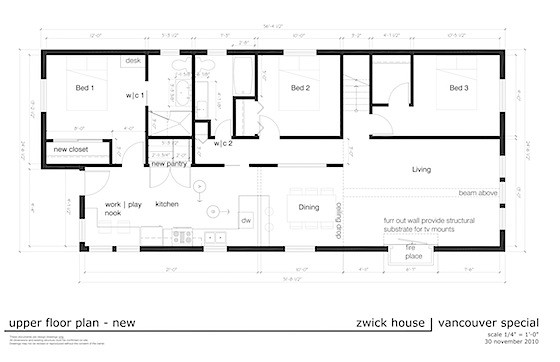 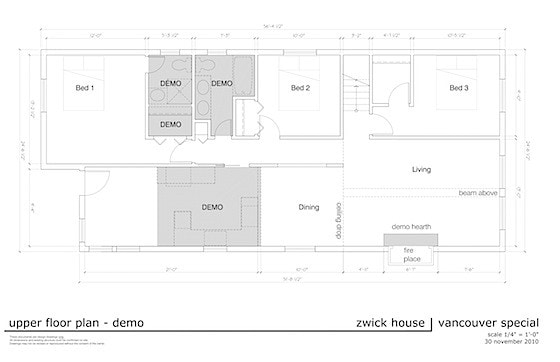 East Van Real Estate Market Update – Townhomes and Half Duplexes The townhome and half duplex mar...