Popular around the 1950’s, you’ll see these types of houses everywhere in East Van, especially Hastings East and Mount Pleasant. These types of homes weren’t too expensive to make, and used local materials.

Mid Century Vernacular Homes came in a few types, which are determined by size, the most common being: a bungalow (2 or 3 bedrooms on the main level) and a split level (the bedrooms are half a flight of stairs up).

You would definitely be able to point out a Mid Century Vernacular house has they don’t have much detail on the exterior, and are fairly common. These types of houses often offer surprises because the exterior stays fairly plan (unless the design oriented owner ads great landscaping or colours), yet the interior can be renovated with that mid-century modern style that is fairly popular.

View all our blogs on Architecture Styles 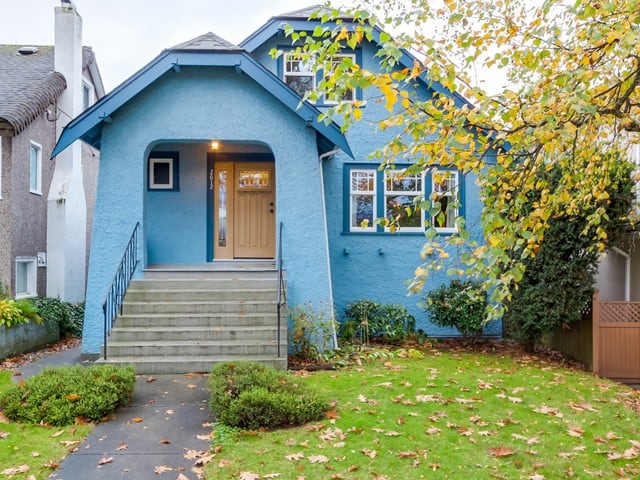 Generally, Mid Century Vernacular Bungalows have a stucco exterior, with siding on the bottom portion of he house. The stairs are narrow and without any emphasis on the hand rail or columns. The roof gable sometimes has siding as decoration, but it often stucco as well. The windows don’t have any really noticeable trim and there often wasn’t much decoration except for a round or geometric window on the front. The roof are typically black asphalt with brick chimneys. The garages are often unattached and at the back of the property. 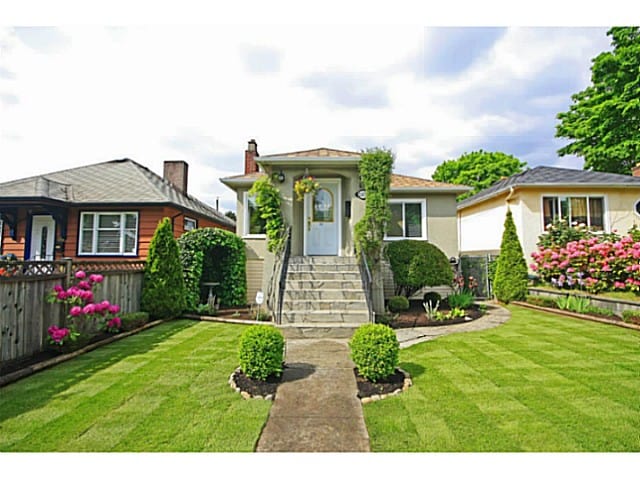 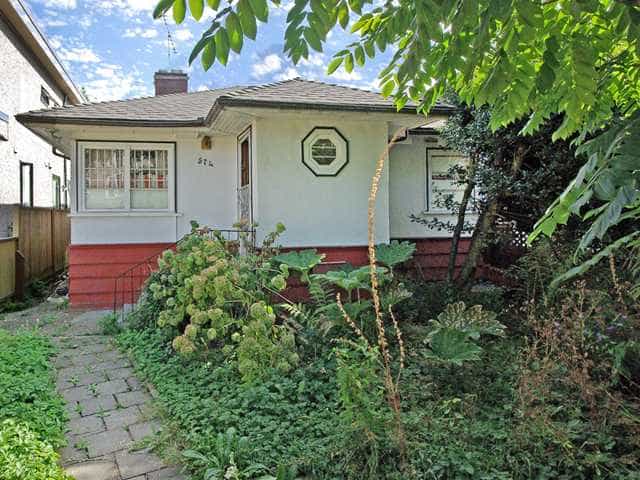 The interior of Mid Century Vernacular Homes were typically pretty basic. The living room was large with a large window facing the front and a wide brick fireplace (that looks fantastic when incorporated into modern decor). Behind the living room was the dining room, with the kitchen at the back of the house. On the other side of this main floor are the bedrooms and bathrooms. If the home has two bathrooms, they are typically side by side (two bathrooms were often found in the split level Mid Century Vernacular homes. The interiors of these homes have a little more ornament than the exterior, but not much: trim, defined rooms and that nice fireplace. I’ve seen some of these homes with vaulted ceilings inside.

I see a lot of these homes these days with finished basements, albeit with low ceilings. However this adds a good amount of extra space for the homeowners, or space to have a mortgage helper.

The Vancouver Heritage Foundation is one of the top sources for anything related to Heritage Houses in the city, including knowledge & history, tours, grants (for renovations) and more. For anything related to buying or selling a heritage home, give us a call, or follow WeLoveEastVan on Twitter and Facebook! 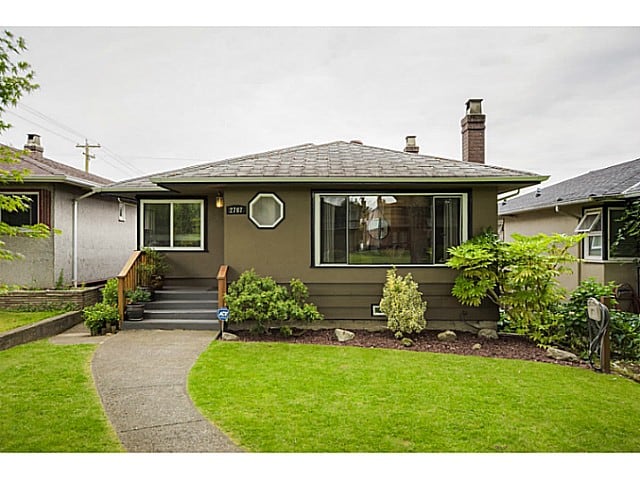 Check out a few of our other blog posts in our Architecture Series:

Mortgages for Pre-Sale Condos in East Vancouver East Van has a lot of new developments in the wor...

3333 Main, East Vancouver -scroll down for current listings Developed by Bastion, 3333 Main is a ...

I bet the townhouse market under and up to $800k or so will remain busy through the Fall, though ...